Top 9 Video Production Tips For Business By the Pros 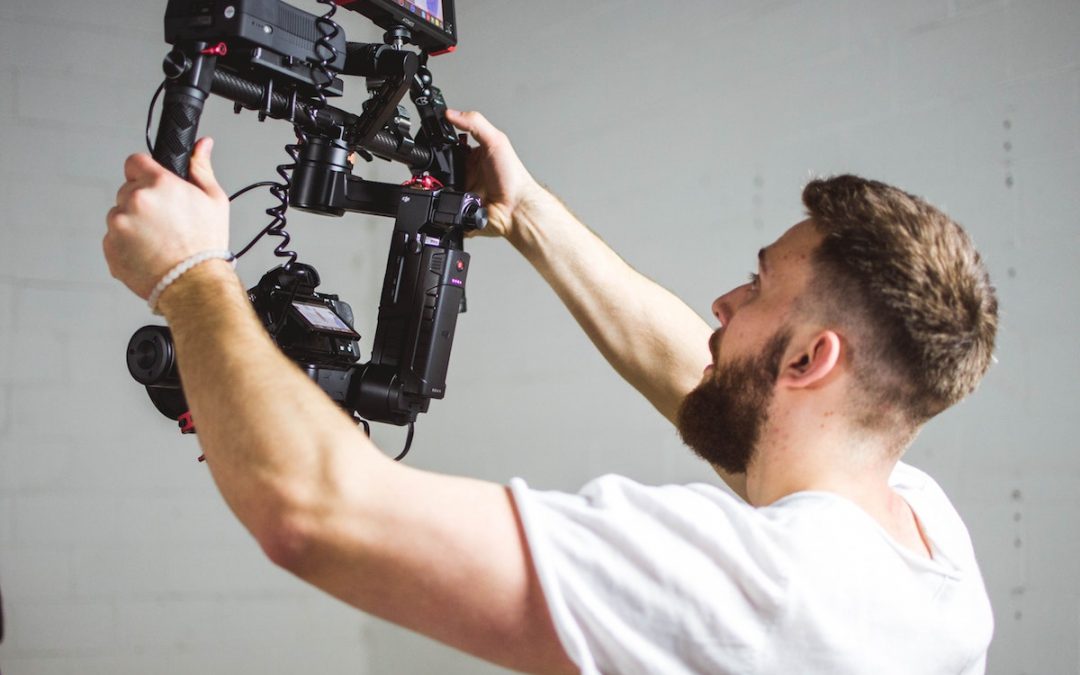 Video content has become an integral part of practically any successful online marketing campaign.  Companies have stepped up on their video production processes in order to reach better results in their  Social Media Marketing campaigns, to boost sales with state-of-the-art explainer videos and customer testimonials.

Are you aware that video results have a 41% higher click-through rate as compared to text-based results? You should definitely consider updating your YouTube channel and coming up with relevant fresh video content for it.

Did you know that spicing up your blog posts with video content can result in a 53x higher chance of ranking on the 1st page of Google? Make sure you reconsider your copywriting plan and complement your posts with appropriate video content.

And last but definitely not least – what will you do if I tell you that an article containing videos attract 3x  more links than text-based posts? That’s right: invest in video production!

Video Production as Part of Your Digital Marketing Campaign

Video production could be a real game-changer if you combine it with a good content creation strategy, outreach campaigns, and wisely integrate it into your company’s social media calendar and on-site conversion optimization techniques.

You could use video content for various purposes, including:

∙ Demonstrating the functionalities of your products and services via explainer videos;

∙ Promoting your expertise via behind the scenes videos;

∙ Giving evidence of how well your products are perceived by the public via customer video  testimonials;

∙ Creating a loyal audience via video series on a specific topic.

There are so many things you can do, unleash your creativity.

Take for instance animation videos – those are the easiest way to explain to your audience difficult concepts or language that is otherwise packed with tough terminology.

If you wonder how animation videos can boost your brand awareness, here are some ideas for you to use:

That’s a popular video content used by both big and smaller brands. The reason why this type of video content is so preferred is that it makes communicating complex messages a breeze.

It is really fun to watch. And even if those are pretty straightforward they help you wrap up a massive amount of information in a matter of seconds and pretty effectively for that matter.

It is the most widespread video marketing content out there. Why use it? Because it works! Because people are used to consuming information in that format and your branded video would be quickly and easily assimilated and remembered. You could always take it a step further and go for a 3D video, but prepare to significantly increase your budget – such projects might be pricey.

They are rather unique and captivating. Again, just as 3D videos stop motion videos are costly alternatives, but their effectiveness could maximize your ROI and that’s a solid opportunity you cannot ignore.

Typography explainer videos could be really creative. They are good for emphasizing specific ideas and statistics if you wish. But you really need to have a great video producer at hand, one that has taste and imagination, and who can make the video content perfectly aligned with your company values and tone of voice.

But how you get inspired to create great video content for your company?

That’s easy – trust the pros! And by pros, I don’t mean professional marketers, right on the contrary, actually. Think about the professional video producers and their honest tips.

Let’s deep dive together into the video production realm and see what the pros have to say about making videos that really mesmerize:

Did you know that it took Stanely Kubrik 10,500 people and 167 days to make the Spartakus movie? Well, it did – talking about utter dedication and persistence, right? Stanely’s words:

“If it can be written or thought, it can be filmed” – Stanely Kubrik 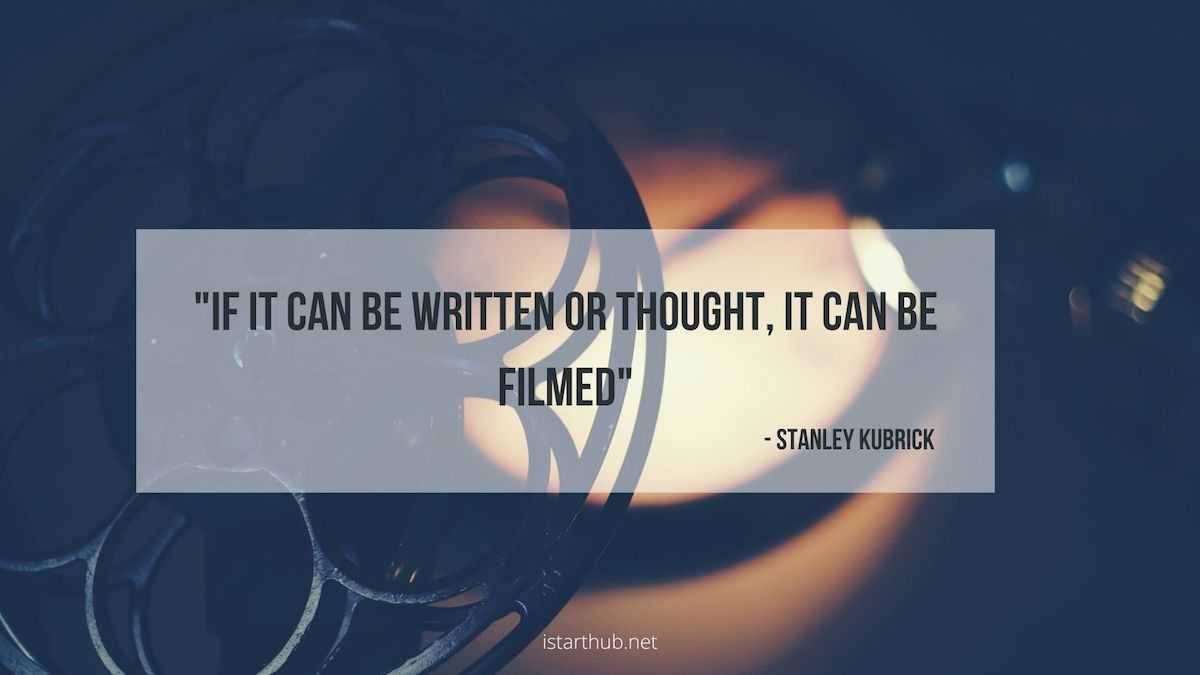 are well supported by his actions. There is no dream big enough – as long as you imagine it – you can recreate it as video content, don’t give up!

Abbas Kiarostami was a renowned Iranian filmmaker, who started up his career as an illustrator and designer in the advertising industry. His eye for beauty and his love for storytelling made him take a step further into the filmmaking genre.

He helps us open our eyes on how not to do videos:

“I absolutely don’t like the films in which the filmmakers take their viewers hostage and provoke them.” – Abbas Kiarostami 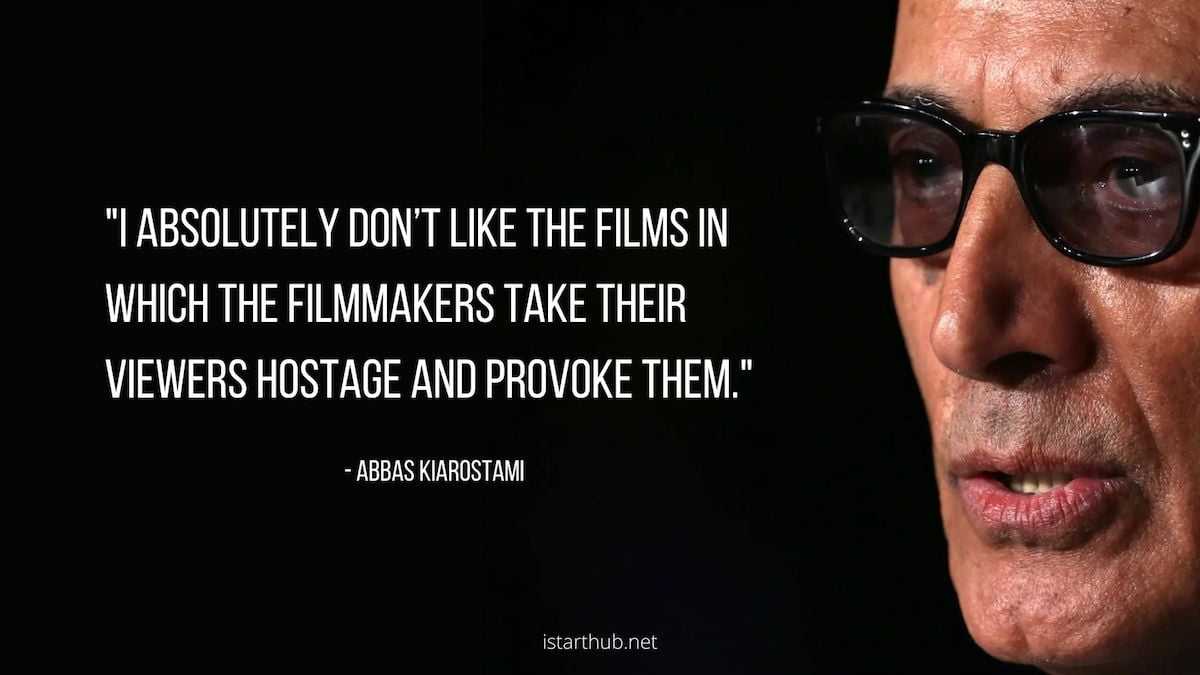 Keep in mind his advice and take it easy on your audience. It is good to intrigue and make your viewers think and feel, but don’t fall into extremes, be kind to them.

Wim Wenders used to be a painter and engraver before he found his true vocation – film making. His accomplishments as a photographer also reveal his passion for taking the perfect shot. But while with  photos you have one go at it, with videos – you have the opportunity to space your message in time:

Tarantino is another person we should look up to as it comes to perfecting our video production skills.  The best takeaway from his professional example would be to dedicate your time to analyze what other people are doing.

Interesting enough Tarantino used to be an employee in a video rental store, so he really stands up  behind his words when advising you to actually deep dive into the movie world in order to create your own  style and unique approach:

Did you know that Walt Disney kept live animals on the set of several of his movies? That’s right, talking about recreating real-life characters and giving that naturalistic feel to his videos is the one thing that could make your audience really sympathize with your story and understand truly your brand message. But you cannot create great content without really enjoying what you do, right?

Loving your vocation is the one thing Disney points outs as the key ingredient in making amazing videos:

I personally love Spielberg’s approach to filmmaking. He shares that:

“All good ideas start out as bad ideas, that’s why it takes so long.” – Steven Spielberg

It teaches us never to give up. Persistent work is what actually makes our projects amazing. Thinking that we could come up with the perfect script and shoot the video overnight is a naïve way to approach video production.

George Lucas as the astonishing filmmaker he is gathers inspiration from his immediate surroundings. It is a known fact that his dogs inspired him both when coming up with the name of Indiana Jones and when creating the Star Wars character Chewbacca.

“A director makes 100 decisions an hour. If you don’t know how to make the right decision, you are not a director. “ – George Lucas

Hitchcock is known as the “Master of suspense”, but as it’s with everything, the beginning of his career was only vaguely related to film making: he was designing the title cards used in silent movies.

And while his expertise and responsibilities grew exponentially with time his respect for the video  storyline remained intact:

Interesting enough Frank Capra was the person to popularize the modern meaning of the word “doodle” with his motion picture “Mr. Deeds Goes to Town.” Our list of video production tips would be somewhat incomplete without featuring Capra’s wise advice:

“There are no rules in filmmaking. Only sins. And the cardinal sin is dullness.“ – Frank Capra

To wrap it up: as Capra puts it: live a sinless life – create grabbing, entertaining videos. Think of your audience, of your brand, and let them two meet in the magical land of motion pictures.

Our advice is: keep calm and produce more videos!

Nevyana Karakasheva is a digital marketing strategist at SocialfixMedia. She is a workaholic as it comes to testing out new strategies within her field, while in her free time she is trying not to succumb to guilty pleasures like chocolate and craft brews. 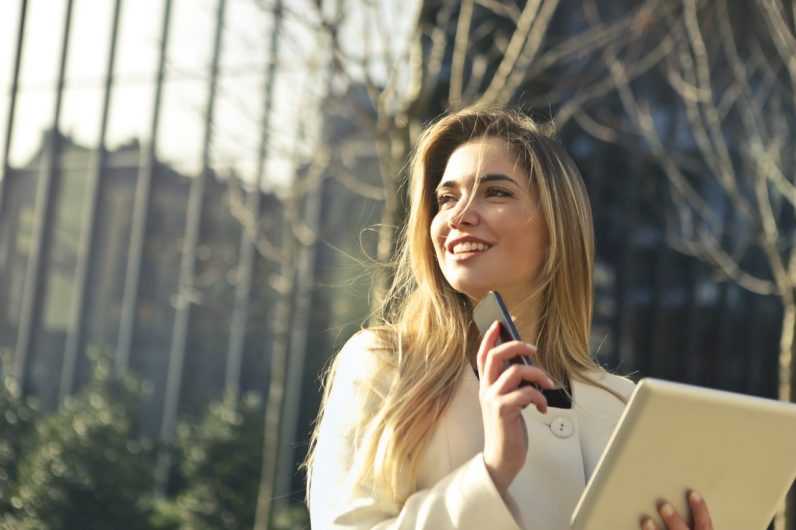 Personal Branding Tips: How to Become an Influencer 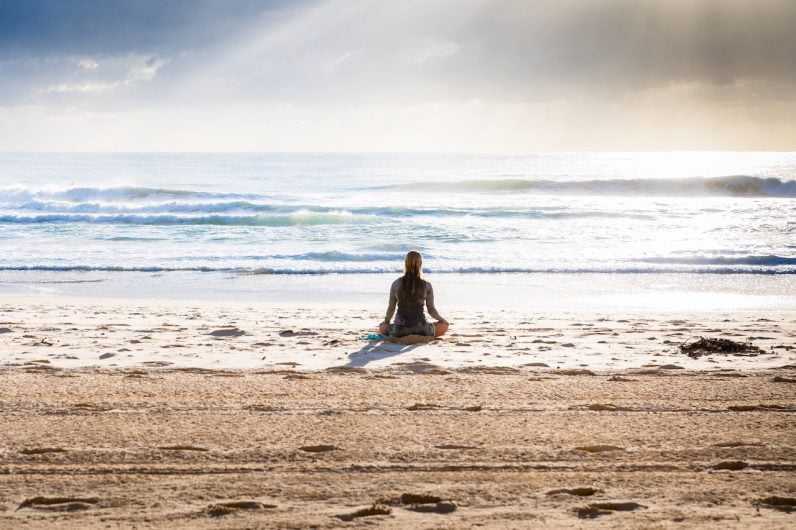 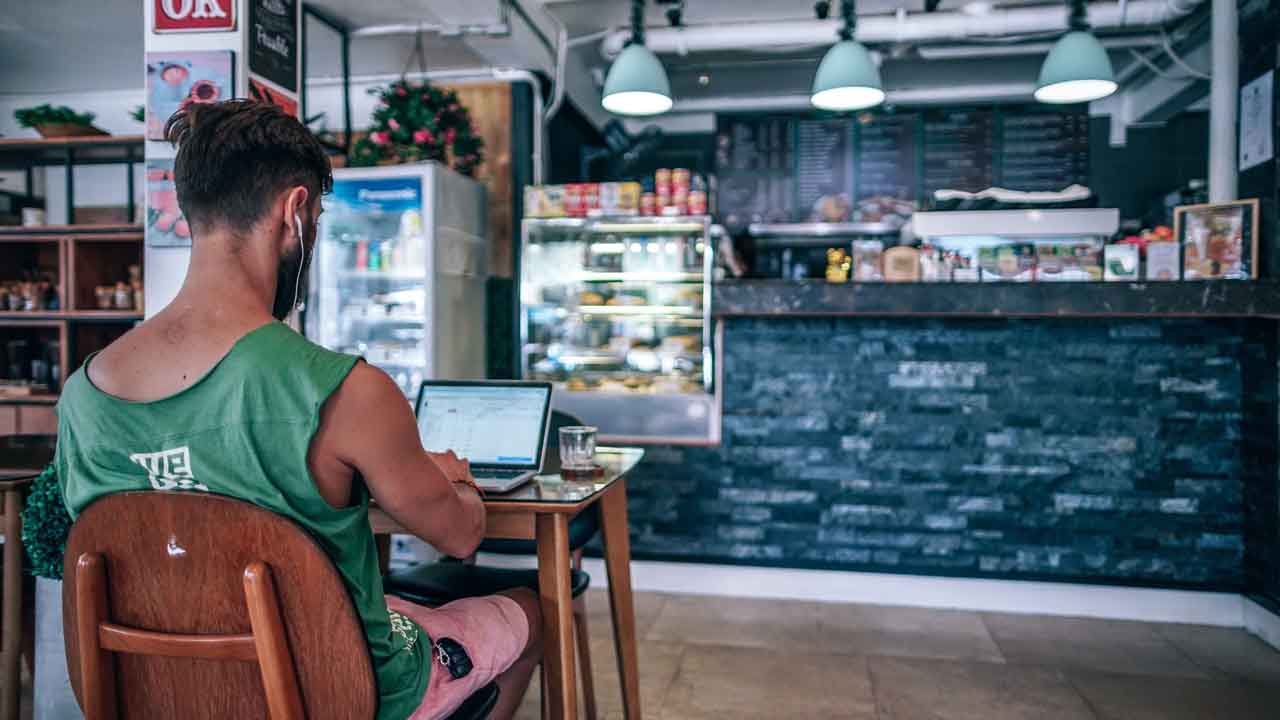